Dog gets shot, rescued and then run over 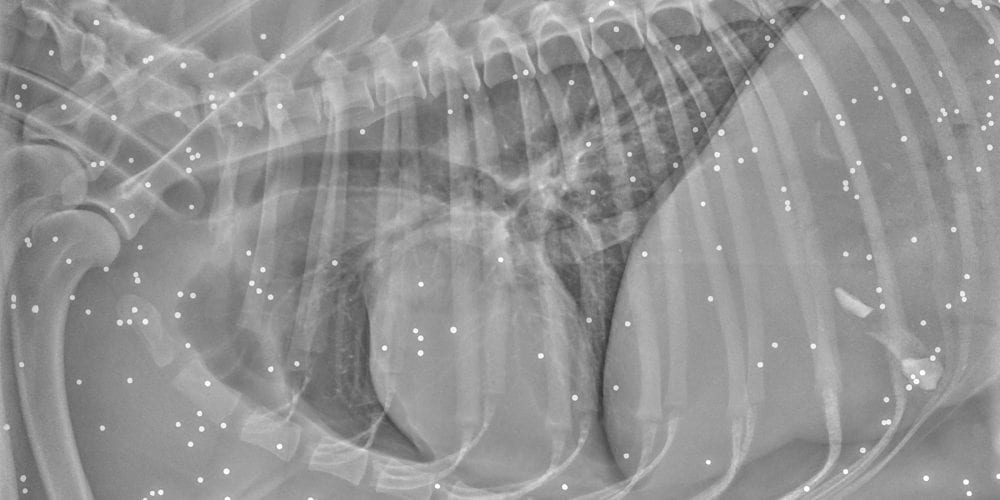 A rescue dog who survived being shot in Cyprus and was flown over to the UK only to escape and get hit by a car on the M56 has made a remarkable recovery from his injuries.

The incredible survival story of four-year-old Cola stunned the veterinary team at Oakwood Veterinary Referrals who looked after him and captured the hearts of his owners who thanked the staff at Oakwood for their dedicated care.

It was thanks to Charlie Sale – a specialist vet at Oakwood Veterinary Referrals in Hartford, part of Willows Veterinary Group – that the liver pointer has made it back to full strength despite almost being put to sleep.

His owner, Rebecca Vickers said after everything their new pet had been through, the last thing they wanted to do was give up on him.

The 30-year-old from Nantwich said: “My partner, Alex and I had been thinking of getting a rescue dog for quite a while.

“We went to a friend’s wedding in Cyprus so while we were there, we hired a car and started looking around the rescue centres because they have a lot of pointers, and as we had one already, we decided to get another one the same.

“When we met Cola, we instantly bonded with him, he was really friendly and he seemed to take to Alex, even though we were told he wasn’t very keen on men.

“The owner of the centre gave us Cola’s back story and said he’d been found tied to the fence of the rescue centre.

“When she took him to the vets, he was X-rayed and his body was peppered with pellet shots. 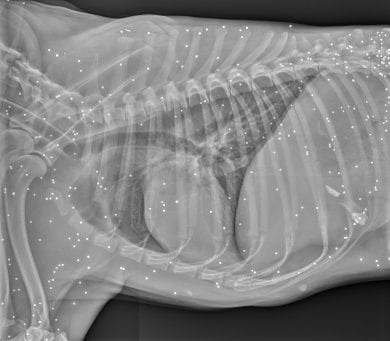 “They believe he may have been an unwanted gun dog who fled while being shot at.

“We decided we wanted to give him a happy home and went through the process of adopting him and getting him flown over to the UK.”

But shortly after Cola arrived on UK soil, he escaped from a cargo centre close to Manchester airport where his loving new owners had travelled to collect him from.

The pair searched for him for hours, enlisting the help of friends and family with word swiftly spreading on social media and reaching 77,000 people.

They laid food, used a thermal camera and even gained permission from air traffic control to fly a drone over the area in search of Cola, as well as having posters printed off.

Through social media, it emerged that the pooch had run onto the nearby M56 where he was hit by a car.

He was saved by a mystery motorist who risked his life to pick him up and take him to the nearest vets.

Civil servant, Rebecca added: “When we got to the vets, Cola wasn’t in a great way and we were told he would either have to be put down or referred to a specialist.

“We wanted to get him checked over by the specialist to see whether they thought Cola would recover with any real quality of life.

“After everything we’d been through to get him here, we didn’t want to give up on him.”

Vet Charlie, who is a RCVS Specialist in Small Animal Surgery for Willows Veterinary Group, felt Cola had a chance and carried out expert surgery to mend Cola’s leg, which was completely shattered.

Charlie said: “Cola suffered some nasty large soft tissue wounds to his front legs and had a fractured forearm where his two bones had shattered into pieces. My main focus was just to get him better.

“He had a number of open wounds as well so we gave him some initial wound management to begin with and the next day, he was taken to theatre to have a plate and pin into his bones while they healed.

“Cola was kept in for 12 days after surgery, requiring regular dressing changes under sedation.

“I was shocked when we did the initial X-ray. In every area of his body we x-rayed while assessing him, you could see a huge amount of shot pellets and we realised that he’d obviously experienced something awful back in Cyprus.

“He must have had a horrific time in his previous life, he even had shot pellets in his ear – I’ve never seen so much shot pellet coverage in my 28-year career.

“And then to escape from the cargo centre and get hit on the M56 – he is so lucky to still be here.”

Charlie, who has been a specialist in orthopaedics and spinal surgery, lameness problems and trauma for more than 12 years, said Cola went on to make a miraculous recovery from the latest incident, despite all odds.

He added: “Cola’s bones have healed really well and he is back to having a normal quality of life and has now been discharged from our care.

“He’s such a lovely, happy and friendly dog, and so trusting, which you wouldn’t expect from a dog whose been shot.

“It was a pleasure and a privilege to treat such a brave dog.

“Every day I’m amazed by our patients and Cola added to that list.

“My ethos is to get animals back to having a nice time with their families so it was nice to play a part in that.”

Rebecca said: “Charlie and all the staff at Oakwood were amazing, we can’t thank them enough. Cola has made a fantastic recovery.

“When he came home, we slept on the floor with him to get him used to us and gave him lots of treats and loves and built up his walks to get his leg muscles moving properly again.

“He’s getting on well with his basic training and loves our other pointer, Ronnie.

“He’s doing really well in all aspects, considering he’s had such an eventful life in his four years.”